A good year for Pinotage despite pandemic disruptions

A good year for Pinotage despite pandemic disruptions

Ever since reports became public in the early months of 2020 of the outbreak of the coronavirus disease (COVID-19), the pandemic has unfolded at high speed across the globe to cause widespread tragedy.

Apart from the devastating loss of life, the pandemic also caused significant disruption to international trade and markets. In South Africa, COVID-19 and the related business lockdown, resulted in economic hardship for many businesses and individuals. One of the few sectors that were at least partially shielded from the worst impacts of the lockdown, due to its essential-service status, was the agriculture sector. But even within farming there were some exceptions. The COVID-19-related lockdown regulations had a severe impact on the wine industry. According to industry body, Vinpro, the three-week ban on exports resulted in an enormous direct export revenue loss, while the industry lost R400 million per week when the local sale of wine was prohibited.

At the end of 2020, South Africa had a wine surplus of about 250 million litres, and many wine cellars were urgently seeking alternative opportunities to market not only the 2020 surplus, but also the 2021 harvest.

Fortunately, there was some early indication that wine sales results for the second half of 2020 recovered strongly. Wine cellars were also granted some relief when new lockdown restrictions were announced in early December, which exempted cellars from the reduced trading days and hours that were again imposed on alcohol sales.

While there was no denying the overwhelming impact that the ban on alcohol sales during levels 5 and 4 of the lockdown had on South African wine producers, according to Beyers Truter, chairperson of the Pinotage Association, in the months following the ban, demand from local wine drinkers rebounded strongly. “People were spending more time cooking at home and buying South African wines to have with their homecooked meals. I reckon if we ignore those weeks when wine sales were banned, and look specifically at the second half of the year, we would most likely see an increase in local wine sales for those months compared to 2019,” Truter said.

It was difficult to judge at this stage, he said, whether the demand for Pinotage increased more than the demand for South African wine in general, but some feedback from Pinotage grape producers suggest that there was good demand for these grapes from cellars for the 2021 harvest.

A major focus of the Pinotage Association is to promote wines made using this proudly South African wine grape variety on the local market, but ultimately the association wants to achieve international recognition for the homegrown cultivar. “Most wine drinkers in South Africa know about Pinotage, and this awareness is reflected in the growing popularity of the wine. However, what we find really encouraging is that there is also growing international awareness about Pinotage. A recent survey of overseas tourists who visit the Western Cape to explore the winelands and local wines showed that most of these visitors were interested, specifically, in tasting and drinking Pinotage,” said Truter.

The association also aimed to educate wine drinkers about the maturation potential of Pinotage by showcasing wines that are at least 10 years or older in the Icon Vintage Class, a separate class in the ABSA Top 10 Pinotage competition. “The top performing Pinotage wines in our Icon Vintage Class are proof that this cultivar does age very well. We want to grow this class and to encourage more producers to enter, we have lowered the number of bottles they need to have in stock in order to qualify for entering,” said Truter.

Pierre Wahl, winemaker at Rijk’s Cellar in Tulbagh, which has been one of the most consistent top performers in the ABSA Top 10 Pinotage competition, says they store wines and only release their top tier Pinotage wines to market once these have already matured for some years and are ready to be marketed. In 2020, the Rijk’s Reserve Pinotage 2010 was one of the three wines to be awarded in the Icon Vintage Class, and the Rijk’s Pinotage/Syrah 2015 was a winner in the 2020 Perold Absa Cape Blend Competition. 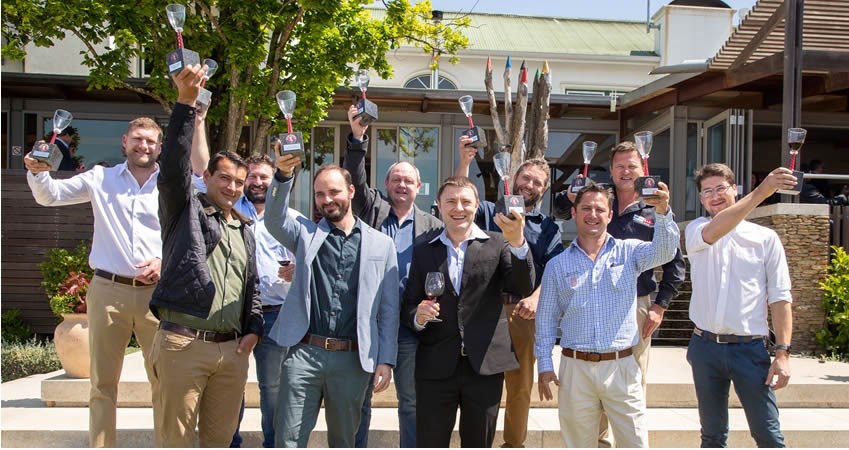 One of the consequences of the lockdown was that the association could not host, large, physical events at which to announce the winners in its annual competitions, including the ABSA Top 10 Pinotage competition that was presented for the 24th time in 2020, the Pinotage Rosé competition that was presented for the fourth time, and the Perold ABSA Cape Blend competition that has been running since 2011. Instead, the winners were announced during virtual events, which, according to Pinotage Association brand manager, Belinda Jacobs, turned out to be a fortuitous turn of fate. The ABSA Top 10 Pinotage awards function, an annual highlight for the association, was hosted virtually this year. In previous years, only 180 to 200 guests were invited to attend the physical event, but in 2020, the virtual event drew 4 800 views just on Facebook. “We were able to reach a much larger audience than in the past and because of this we plan to continue hosting a variety of online experiences not only limited to virtual tastings, but also Pinotage Brand Ambassador online courses and online content for local and international audiences showcasing Pinotage as the pinnacle of a proudly South African variety. We will also continue to include a virtual component for our various awards functions in future,” said Jacobs.

Earlier in 2020, when announcing the winners for the 2020 Pinotage Rosé competition, the association said that the introduction of the competition in 2017, interest in this category has skyrocketed, having grown immensely popular among casual wine drinkers and aficionados alike. The increased demand has resulted in more producers adding Pinotage Rosé to their wine portfolios. Wahl said they have definitely seen an increase in the demand for their introductory level Pinotage, which is a lighter style red than the top tier wines. “The lighter styles are more accessible, both in terms of style and price, for new wine drinkers and wine drinkers who are not familiar with Pinotage. But it is encouraging to see that once people start drinking these introductory styles of Pinotage, they tend to be impressed by the quality of the wine and many of them then become more comfortable spending a bit more on buying the top tier wines,” said Wahl. Since 2002, Rijk’s Cellar has increased the volume of Pinotage it produced from 6 000 to 90 000 bottles.

The success achieved by the Pinotage Association in marketing South African wine both locally and internationally has a positive ripple effect throughout the wine industry. Truter explained that by raising the profile of quality Pinotage wines, consumers become more comfortable paying a higher price for the product. This, in turn, means that wine grape growers are able to earn a premium for good-quality Pinotage grapes, which means that it makes economic sense for them to continue producing grapes, and as a result, jobs created on wine farms are protected.